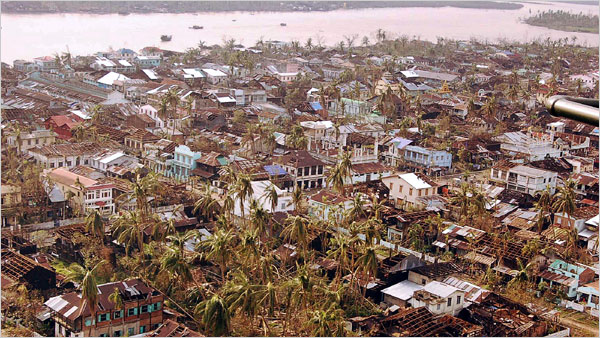 Myanmar, a country deeply troubled by poor energy planning and a subsequently underdeveloped electricity system, is planning a $3bn coal-fired power plant, despite protests against the facility.

Aung San Suu Kyi’s government is trying to address a situation whereby only a third of the country’s 60 million people are connected to the grid and major cities experience persistent blackouts.

Coal is seen as a strong solution however a proposal for a 1280 MW plant in eastern Kayin has proven unpopular with the public. More than 100 activist groups across the country have signed a joint statement calling for the project to be cancelled and urging the government to look at renewable energy instead.

Myanmar aims a more than fourfold increase in its electricity generation of over 23,500 MW.

The Kayin state project, which is still awaiting approval from the authorities, is among the 11 planned coal-fired plants in Myanmar and, by itself, would increase the country’s current electricity production by 25 per cent, official data shows.

Apart from protests, analysts say that the government will have to import coal for the plants, exacerbating the country’s economic difficulties.

Most of Myanmar’s 49 planned hydropower projects have stalled, amid a lengthy dispute with China over the building of the Myitsone mega dam, compounding the energy problem.

A feasibility study on the environmental and social impact will be ready later this year before the final decision from the energy ministry, local authorities said.