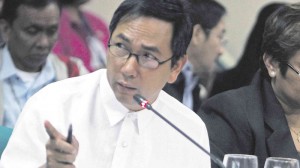 The Philippines is responding to growing electricity demand and the fall in coal prices to push ahead with the development of new coal power plants aimed at reducing power blackouts.

Energy Secretary Carlos Jericho L Petilla announced that 23 new coal-fired power plants would be established by 2020. Facilities include two new 300 MW plants opening in Davao City in 2016 and 2017, a 400 MW expansion of existing facilities in Quezon opening in 2017, a 600 MW plant in Subic opening in 2016, and a plant expansion in Bataan, also in 2016.
Electricity consumption in the Philippines is expected to grow by an average of 5.7 per cent annually between 2015 and 2020, according to the Economic Intelligence Unit, while generation is expected to lag at just 5.3 per cent average annual growth. The government is turning to private investment to develop the needed power capacity as the country has had little such investment in power infrastructure over the last two decades.

A 300-MW plant is being developed in Davao City’s for $123m by Therma South, a subsidiary of the Philippines’ Aboitiz Power, and constructed by Leighton Contractors Philippines. Domestic firm San Miguel Corporation will develop a second Davao City plant, as well as the expansion of the Bataan power plant from 600 to 900 MW. à‚

The government is also aiming to meet 30 per cent of the country’s energy demand by renewable sources à¢Ë†’ up from the current level of 23 per cent à¢Ë†’ and 30 per cent from liquefied natural gas, in a bid to reduce the carbon impact of coal generation.