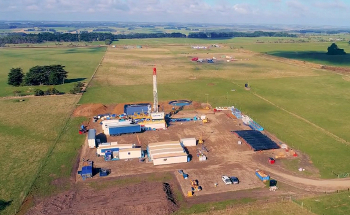 The world must step up deployment of carbon capture and storage (CCS) technology in order to meet the emissions targets set out in the Paris Agreement, the Global CCS Institute warned this week.

Releasing its Global Status of CCS 2017 report at COP23 in Bonn, CEO Brad Page said climate change targets could not be met by renewables alone.

In order to meet global targets, the report said that over 2000 CCS facilities will be needed by 2040 and that 14 per cent of emissions reductions must come from CCS.

There are currently 17 operational large-scale CCS facilities around the world, with four more expected to come online in 2018. These facilities capture 37 million tonnes per year and, according to the report, to date more than 220 million tonnes of CO2 have been captured and injected deep underground. à‚

“However, the challenge still remains to ensure that CCS receives the same consideration and incentivization as other clean technologies, particularly renewables,” Page said.

Of the 17-large scale facilities in operation, 12 are located in the US and Canada and two of these, Petra Nova and Illinois Industrial, came online in the past year. In Asia and the Pacific region, 11 CCS facilities are in varying stages of development, including eight in China. In the Europe, Middle East and Africa region, four large-scale facilities are operational ” two in Norway and two in the Middle East ” with two more in early development in the UK. à‚

Speaking at the report’s launch, Lord Nicholas Stern, Chair of the Grantham Research Institute on Climate Change and the Environment at the London School of Economics and Political Science, said that “Most serious analysis has concluded that it will be very difficult to achieve the Paris goals without carbon capture and storage or use.”

“All the benefits commonly cited for renewables and nuclear, such as native industrial support, cost reduction and emissions reduction, apply to CCS/CCUS as well. Attention must be paid, and speed is needed,” he said.