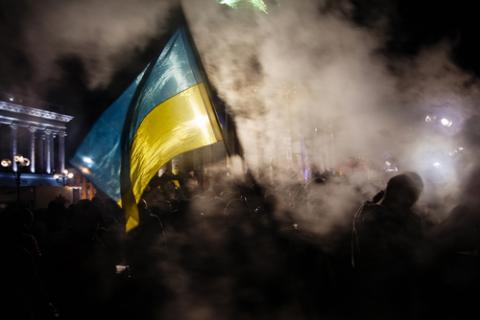 The ongoing crisis in Ukraine is threatening an important coal-fired power plant serving the Luhansk and Donetsk regions.

The DTEK-owned Luhansk thermal power plant, which consists of four units of 200à‚ MW capacity, three units of 175à‚ MW and one unit of 100à‚ MW, is struggling to operate at full capacity as the mines serving it have been impacted by the blowing up of a railroad bridge as a result of the fighting.

The hostilities have also had a telling effect on the region’s power distribution network.

DTEK Luhansk thermal power plant and national energy company Ukrenergo were able to carry out complicated switches in the energy system to prevent the disconnection of all power consumers in Luhansk and Donetsk regions, DTEK reported.

The company said that “a full energy collapse was threatening the Donbas due to the damage to high-tension transmission lines from armed hostilities. Two thirds of consumers in Luhansk region were disconnected from power supplies. Luhansk thermal power plant, which is part of DTEK energy holding, took the whole loading on itself, preventing the disconnection of another one third of consumers, among which are industrial enterprises with hazardous types of production.

“Energy workers were able to stabilize the situation, but the power transmission lines have to be restored. This will be possible only if armed hostilities in the Donbas are stopped,” the company added.