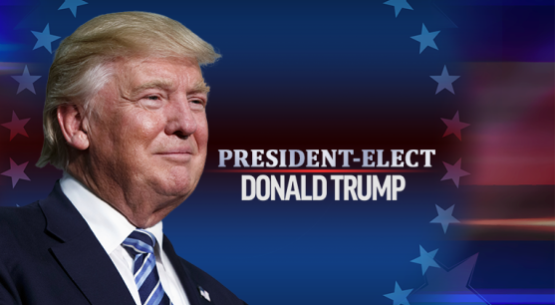 If you are to take him at his word, instead of writing it down to bombast and political expediency aimed at winning votes, the election of Donald Trump as 45th President of the United States is not good news for renewable energy or the battle against climate change.

In a bid to make it harder for Trump to unravel the Global Climate Change Agreement signed up to by the world’s nations in Paris last year, ratification of the deal was accelerated into law before the identity of the new president emerged.

This pre-emptive measure might prove crucial in keeping the US commitment to tackling the problem. The alternative would represent a real blow and the fear for many is that he may feel he has a mandate to dismantle legislation that lent towards developing the renewables sector.
Mr Trump’s public utterances and written policy statements make for grim reading for green groups, but will be relished by the coal-fired power sector, if he remains true to his pronouncements and is not prevented from seeing the word become the action.

At Pittsburgh in September he vowed to ‘eliminate’ the Obama-Clinton climate action plan and clean power plan.

In his ‘America First’ Energy Plan document he states, “President Obama has done everything he can to kill the coal industry. Draconian climate rules that if not stopped, would effectively bypass congress to impose job killing cap and trade.”

Again all this is contingent on what Trump says he will deliver in public but he may be more open to compromise in private. His bottom line across the board is to restore jobs at whatever cost.

“As a result of Obama EPA actions coal-fired power plants across Michigan have either shut down entirely or undergone expensive conversions. The Obama-Clinton war on coal has cost 50,000 jobs.”

“We’re going to save the coal industry from Hillary Clinton’s extremist agenda.”

The focus on jobs, it’s fair to say, does not take into account a holistic view of what’s important for the planet in general. The scientific community is pretty much united in the need to address climate change and the world appeared to be responding, with more and more attention being paid to renewable energies and the grand project of storage development.

When Trump states in his energy plan in May, “We’re going to stop all payments of US tax dollars to UN global warming programmes,” at least you know, with his uncompromising language, where he stands.

He doesn’t go along with the scientific consensus and while he has every right to question it, it would be interesting to know who his advisers are on these grave matters. If they are credible scientific authorities we should hear from them too. What’s sometimes forgotten is that the president is to some degree the figurehead of an entire governmental apparatus and administration – it wouldn’t surely rest on the whims and biases of Trump in the face of expert proof.

An interview on the Hugh Hewitt talk show last year gives an insight into how he thinks about the climate change agenda and what would happen if he is left unchallenged.

EU chiefs Donald Tusk and Jean-Claude Juncker mentioned the need to work with the US on climate change twice in their letter of congratulations to the new president earlier today.

Instinct suggests that while Trump might have more difficulty in withdrawing from that international agreement, reversals on home soil of any legislation he deems to be contrary to his job creation agenda appear more likely.

The clean energy law, which should perhaps be looked upon as a vehicle of job creation, might not survive.

Again a recent speech is instructive.

“Any regulation that is outdated, unnecessary, bad for workers or contrary to the national interest will be scrapped. We will also eliminate duplication, provide regulatory uncertainty and trust local officials and residents,” he says.

It would be a huge rolling back of Obama’s clean energy legacy, but for many, particularly on the Republican side, it would be viewed as a pragmatic solution.

“Now look I’m a great believer in all forms of energy but we’re putting a lot of people out of work. Our energy policies are a disaster. Our country is losing so much in terms of energy, in terms of paying off our debt. You can’t do what you’re looking to do with $20trn in debt.”

Only time will tell what impact the Trump presidency will mean for the US and beyond, but it looks odds on to be a different landscape than what might have been envisaged had Clinton succeeded.