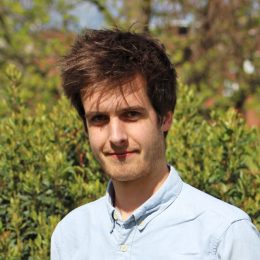 Big claims from the CEO of a major European utility often make headlines, especially so when doused in jeopardy. Recent statements from Ignacio Galan, the man at the helm of Spanish giant Ibedrola, that ‘Enron-style collapses’ could be around the corner in the renewables industry were certainly noticed. But how much of this is true, and how much could be attributed to a large incumbent trying to scare smaller, newer companies away from the sector?

Firstly, Galan’s comments are entirely sensible. Energy infrastructure is a hugely capital intensive business – especially renewables where almost all costs are front-loaded onto the construction phase (up to 80% for onshore wind, for example). With big bills to pay to purchase turbines or panels, and to pay for planning and construction, and revenue only arriving once the project is up and running, developers need good access to capital.

The cost of debt is one of the major components of overall project costs, and it is undeniable that the past decade-or-so of rock-bottom interest rates has helped projects get off the ground at lower costs than before the 2008 financial crisis. This helped with pioneering schemes, where jumping into a new and unknown market would have bumped up the cost of borrowing, and is now being seen in auctions clearing at lower and lower prices across Europe.

But this is not the only factor at play. Renewables are no longer a niche industry, and therefore no longer face barriers to lower cost debt than they did in the past. The risk of a project turning sour during construction has fallen to almost zero, removing a major source of uncertainty that would have previously seen bankers push for higher-rate loans. Risk has shifted from construction to operation, and have fallen considerably in the process.

More and more governments are turning to renewable energy, with most major European players providing a clear route to market for solar and wind power. By offering contracts that guarantee a fixed price for power produced – many of which are now ‘subsidy free’ – the risk of wholesale market revenue not covering costs is also shifted.

This leaves us with the final major uncertainty – how windy or sunny will it be? Of course, both large and small players are affected by the weather alike, but the danger of over-egging wind forecasts when modelling returns could see projects failing to deliver. There isn’t much developers can do about this – controlling the wind is famously difficult – but computer modelling is allowing us to boost knowledge of wind patterns and rapidly-developing offshore technology is allowing wind farms to pop up in the windiest locations.

As demand for renewables grows, so does the number of market players. Competition through auctions has had another big effect on the value of signed contracts, with notable results seen in the last year across Western Europe. And while big players may dominate auctions in the UK, those in Germany frequently allocate the majority of capacity to small, community owned schemes.

So, is this the competition Senor Galan is warding off? Should the market turn, it is conceivable that an ambitious bid from an overly geared company may lead to the non-delivery of a project, but it would be a stretch to refer to this as an ‘Enron-style collapse’. And while rising interest rates may be felt the most heavily in smaller companies, the pace of change in the fundamentals behind renewable energy mean it is unlikely to land a blow on the industry as a whole.