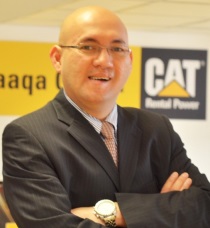 A recent study circulated by Aarhus University in Denmark predicts that if the current global power consumption pattern continues, there would not be enough water in the world to meet the demand by 2040.

As water is used in different methods of power generation, increasing energy demand results in a proportional spike in the requirement for water. Therefore, experts are now suggesting that in order to curb the recession of the world’s water supply, current electricity generation procedures should evolve into approaches that do not need water to run.

It seems, however, that humanity does not have the luxury of a 27-year deadline…. The same research adds that the effects of the continued rise in energy demand could be felt in some areas as early as in 2020. An estimated 30-40 per cent of the world will experience scarcity and lack of access to clean drinking water in 2020, and climate change is predicted to render its effects worse.

The fact that the amount of the world’s water reserves is receding will not only put drinking water consumption in jeopardy but also the capability of power plants to produce electricity for generations to come.

In order to mitigate the negative effects of power generation on the world’s water reserves, experts recommend turning to renewable sources of energy, like wind and solar.

To date, there have been several countries in the world that have adopted initiatives to increase their renewable energy input in the coming decades. Germany, for instance, has set ambitious goals of boosting renewable energy to 35 per cent of the country’s entire energy mix by 2020, and to 80 per cent by 2050.

Scandinavian countries have also established similar objectives. In the Middle East, the United Arab Emirates has recently inaugurated a large-scale solar power plant within the outskirts of Dubai, and has announced its subsequent extension in years to come. The Kingdom of Saudi Arabia has also been leading the research and development efforts in terms of renewable energy.

That there are countries embracing the call for evolving energy generation processes has been documented, and more newly developed and, even, developing countries are following suit. One truth, however, cannot be taken out of the picture: renewable energy systems, like wind and solar plants, are constantly developing and, at best, are experiencing a nascent upturn in terms of acceptance and technological innovation.

As with any other systems, solar and wind farms still have room for improvement and may find benefits in the support of other equipment. Moreover, as renewable systems are powered by nature-driven energies, it may be challenging to predict their performance and have them deliver the same amount of continuous energy as traditional power plants.

As renewable energy engineers perfect wind and solar technologies, temporary power plants could support these systems by providing supplementary power to the areas where they operate. For instance, when wind energy facilities experience unstable production due to the unpredictability of wind, rental power plants may be able to assist in stabilizing the supply, so end-users may not experience power interruptions or blackouts.

Rental power plants are equipped with technologies that can guarantee an immediate response at the outset of a supply instability from renewable facilities. Case-in point, interim energy facilities are infused with fast-start systems that allows them to supply power at the shortest time possible. They are also adaptable enough to ascertain the exact need of the users, and flexible enough to allow for ramp-ups or scale-down of energy supply depending on the situation. They also represent a cost- and time-efficient alternative to building permanent power plants for the purposes of supporting renewable energy systems.

In light of the grim repercussions that the present energy-water predicament may bring in the near future, the need to find suitable alternative sources of energy is heightened. But as one may predict, the perfection and the adoption of technologies cannot happen overnight nor in a span of few years. There are numerous factors involved in shifting a paradigm, and for a technology to gain traction, all variables involved should agree to head to the same direction.

While experts are looking into the improvement of renewable energy generation facilities, these systems may find merit in tapping the support of other stable technologies, like rental generators. As the world transitions to alternative power generation processes, the need of the hour is not for to look for one method to dominate or overthrow another: What is essential to is find a balanced energy mix – traditional, renewable and temporary – where sources complement each other to create a system that will be capable of providing the most sustainable and stable electricity supply possible.

Human engineering has made it possible to work around limitations to production. Humans have found a way to transition from an economy largely dependent on muscle power and animal strength, to one run by steam and coal, to one anchored on petroleum, oil & gas and electrical energy.

Now, in an era when engineering has pushed the envelope of production possibilities, the challenge may no longer be to attain greater heights, but rather to promote the longevity and viability of limited resources, like water.