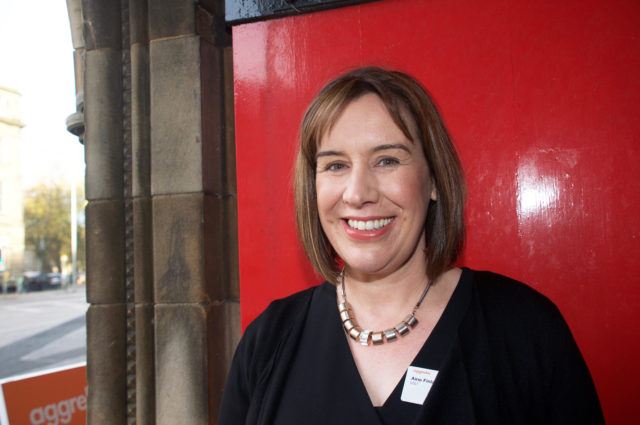 Coming from an all-girls school in the late 80s, I don’t think many would have expected me to embark on a career in manufacturing and engineering, never mind take on a role like the Director of Manufacturing for a global power company like Aggreko.

There were six females in my university class and we were considered a novelty – the highest intake of female students at that point. Now, almost 30 years later, this gender imbalance in STEM (Science, Technology, Engineering and Maths) education and industries remains, despite our changing expectations.

Every year we see the gender equality debate grow with vigour and the current political landscape means it is certainly at the forefront of business and societal agendas. Organisers of this year’s International Women’s Day want us to ‘Be Bold for Change’. By being bold, women and young girls can make their own change, challenge stereotypes and set their own standards.

But does this enthusiasm and drive reach young girls planning their future and envisaging how their careers will pan out?

Gender parity is an issue even at a young age and can influence how girls see their role in the world – I often wonder how many parents would give their daughter Meccano for Christmas. The role of parents and educators in opening their eyes to the endless opportunities, often in male dominated industries, makes a huge difference in inspiring their first career move.

Aggreko visits schools local to our manufacturing plant in Dumbarton, Scotland, with an aim to raise awareness of the benefits of working in the energy and engineering industries. I imagine that many of the young girls won’t realise that we’re speaking to them, hoping they’ll consider a career in engineering along with their male peers. In the last round of our apprentice application process, we took around 600 applications for five positions. While only 5 per cent were girls, and we typically only have one female for every five male apprentices, this is something to build on and improve.

Despite the lack of support, my interest in science meant engineering was a natural choice and a lot of self-research led me to put myself forward for opportunities. I was lucky enough to benefit from a government programme, focused on attracting women into engineering, , before I started university. I was never under the illusion that my presence on the course went unnoticed and this has stayed with me throughout my career.

I’ve been given a lot of encouragement and responsibility over the years and as a result, I stayed with the first company I worked for after qualifying for 15 years, working my way up from an entry manufacturing role to Plant Director and travelling the world. I don’t take this for granted, and I know that other women will have different experiences, but I also know that being ‘bold’ is in part a big reason for my success.

I learnt early in my career to be aware of boundaries and setting standards of how I expect to be treated. Often the only woman in the room, there’s more exposure to opportunities but also to failure so I’ve always been mindful of delivering results. It’s a double edged sword that I’m sure many women in male dominant industries are aware of.

We face a unique challenge in creating greater gender balance throughout our company due to the many different countries and cultures we operate in. Many African and Asian cultures, for example, expect the man of the household to be the breadwinner, or for women to take on more traditional roles. That’s not to say we can’t improve global industry standards.

Women are taking on more prominent positions within the energy industry but are still significantly underrepresented. By appealing to young women more directly, the next generation of energy experts has the potential to look very different. I am testament to the fact that opportunities do exist for women in this industry, they just need encouragement to be bold and grab them with both hands.

‘Unacceptable that only a fifth of nuclear workforce are women ’