Gas Turbines ” how much damage are you doing to your assets? 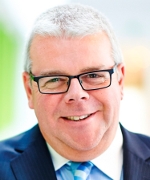 The growth of renewable energy, combined with the vagaries of the wholesale electricity market, is forcing gas turbine operators to multi-start their machines, sometimes twice a day with superfast ramp-up periods. Many operators are not fully aware of the damage this is having on their assets. They cannot assess the total financial implications of multi-starting unless they understand the reduction in life it is having on critical components.

At Frazer Nash we have teams evaluating the damage being done to these high value assets and the associated risk and cost implications this has for the industry.à‚

Initially gas turbines were designed to facilitate base loading, with minimal starts, but due to the changes in the industry, over 500 starts per year are now commonplace. This puts high integrity components through multiple strain cycles for which they were never designed.

The usual, but crude, method of swapping a number of starts for equivalent operating hours could lead to false optimism in asset integrity. In traditional use, the dominant failure process for hot components was creep, so these vulnerable parts are designed with creep resistant alloys and their stresses controlled appropriately.

In the new operating regime, the high number of operating cycles combined with short ramp-up times have significant detrimental effects, caused by high thermal transients during start-up. This leads to low cycle fatigue, and for many this becomes the dominant failure criteria. For the hot components there is the added problem of creep combined with low cycle fatigue which can, in combination, reduce component life well below that which would have been calculated if the two failure criteria had been considered in isolation.

The most effective way of knowing how much life is left in a component is by analysis. The analytical methods developed by Frazer-Nash over the last 10 years can assess low cycle fatigue damage in the creep regime. The method is now at a maturity where it can be applied with confidence in the estimation of remnant life.

One method of accessing the accrued damage has been developed based on ductility exhaustion. This method is well proven for high integrity stainless steel nuclear reactor components. At Frazer-Nash we have adapted and developed this methodology for nickel-based alloys and, latterly, single crystal materials that are used in gas turbines.à‚

Typically attention would focus on six to ten components which were either safety critical or financially unacceptable should premature failure occur. Each one of these components is modelled using a Finite Element Model. The models are typically non-linear to accurately represent gaps, friction and material yield and creep deformation; all of which generally occur in hot gas path components.

The resulting strain cycle is then post-processed to calculate the damage accumulated during each cycle type. Depending on the material, damage is calculated by methods based on either ductility exhaustion or strain energy density.

It is imperative that operators recognise that multi-starting gas turbines could result in higher damage than they might appreciate. Armed with this information the operator may reconsider the electricity price at which generation is economical.