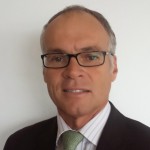 South Australia is clearly at the forefront of the global energy transition as it establishes a fast-moving model other economies can follow.

The data is striking and the trend is unmistakable.

The installed capacity of renewable generation in the state consistently exceeds electricity demand already, according to data from the Australian Energy Market Operator (AEMO). Residential rooftop solar in South Australia is expected to reach 28 per cent penetration—which is to say more than a quarter of all rooftops—and the state has the most installed wind generation in all of Australia, with 1,473 MW of onshore wind capacity, representing 25 percent of total generation capacity (and an additional 2,963 megawatts of wind projects are planned).

The shift spells the end, sooner of later, of coal-fired generation, a reality that is already unfolding in Australia. In June, Alinta Energy—which has 800,000 customers nationally—made news with the announcement that its sub-critical Flinders Operations Northern (below left) (554 MW) and Playford B (240 MW) power stations and its Leigh Creek coal mine would close by March 2018,  maybe sooner. All three outfits had become “increasingly uneconomic.”

The Playford B closure announcement was not exactly unexpected. It is 52 years old, after all, the oldest coal-fired generator in the National Electricity Market (NEM). However, word of imminent shutdown of the Northern station, built in the 1980s, was news indeed. So were the mine-closure plans.

Alinta didn’t have much choice. The company reported that over the past four and a half years it had incurred operating losses in the vicinity of $100m while at the same time investing an additional $200m in operations. It was obviously a formula, the company acknowledged, that was unsustainable:

“The decline in demand for energy, as households have become more efficient and the number of industrial customers has declined, combined with policy settings designed to support significant growth in renewable energy generation have together had the effect of causing a significant oversupply of power available to South Australia.”

South Australia is poised now to move from having coal representing 13 per cent of electric generation capacity to zero. And while natural gas stands to continue to account for almost half of electricity generation (even with recent announcements that 719 MW of gas-fired generation will be withdrawn), the generation capacity of wind and solar voltaic combined increases from 35 per cent to 48 per cent with these decommissionings.

As AEMO notes, rooftop solar generation has already changed the shape of South Australia’s load profiles, with more demand being offset during the middle of the day, resulting in the minimum-demand time shifting from morning to midday. Strong growth in rooftop solar is likely to continue in South Australia—AEMO’s mid-case scenario forecast has it tripling over the next decade. By 2025, output from rooftop solar is seen as exceeding consumer demand from 12:30 pm-2:30 pm on a minimum-demand day.

Collectively, these trends suggest substantial periods in future years when coal-fired generators will not operate, perhaps having been mothballed or even permanently decommissioned. South Australia’s electricity, in other words, will be supplied predominately by renewable energy sources.

The state’s renewable energy growth may even create an export opportunity.  The expansion of the capacity of the Heywood Interconnector (connecting South Australia to southwest Victoria) from 460 MW to 650 MW, which is scheduled for completion by mid-2016, will allow excess capacity from wind and solar generated electricity in South Australia to be exported into Victoria (where more than 50 per cent of electricity-generation capacity is from aging coal-fired plants).

In the absence of any meaningful battery-storage gains, the key risk in these developments is in energy security. Still, AEMO has concluded, quite notably, that the South Australian power system can operate securely and reliably with a high percentage  of wind and rooftop-solar generation so long as either the Heywood Interconnector is operational and/or sufficient synchronous generation is connected and operating on the South Australian power system.

The new-energy economy is unfolding quickly, and South Australia is setting an example for the world.


Tim King is Director of Energy Policy, Australasia at the Institute for Energy, Economics &Financial Analytics